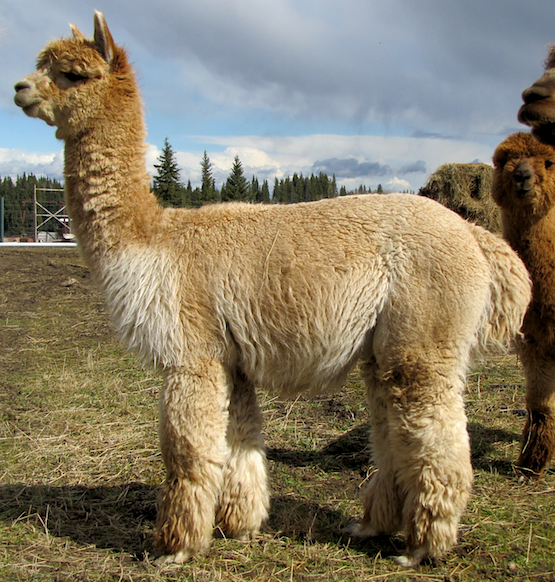 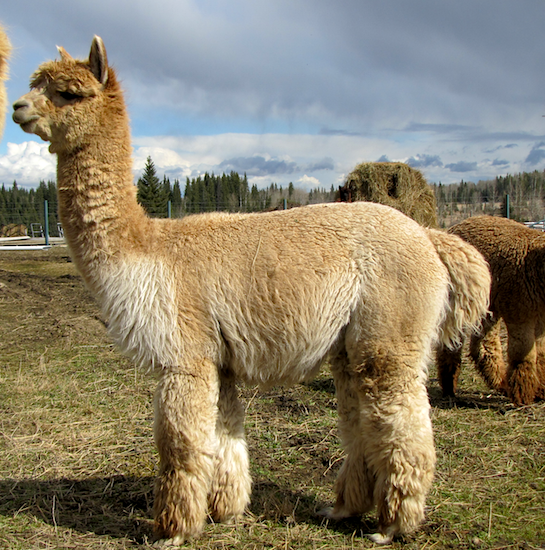 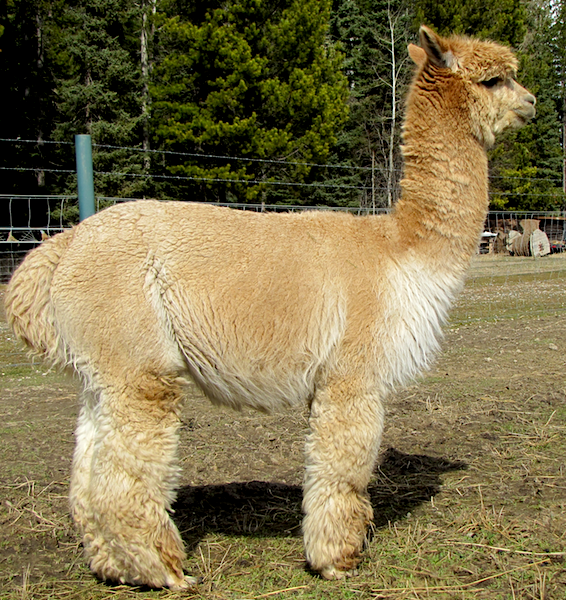 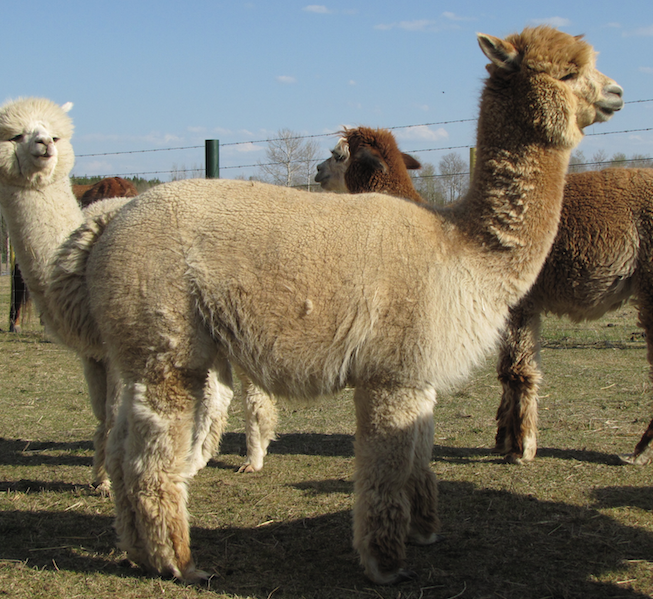 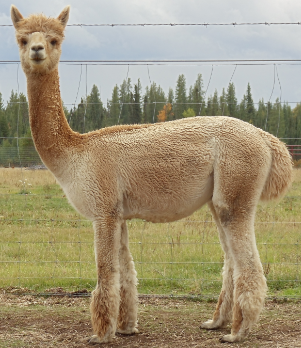 Nero is a handsome Macho, with a regal presence, full coverage and a beautiful disposition.

Nero is really, almost everything we could ask for in a herdsire. Although we have never shown him, he had enjoyed a successful show career before his retirement into the stud barn. Nero placed 3rd at the Alpaca Odyssey in 2007, 3rd at Northlands Spring Show 2008, 1st out of 12 at the Keystone Classic in Brandon in 2008 under David Barboza, and a 2nd at the Lloydminister Alpaca Showcase under Dawn Brooker (who noted his exquisite handle, heavy bone structure and head style), showing that he had the capacity to impress the judges as much as he has impressed us.

Quality runs in the family when it comes to this boy. Nero's sire is Peruvian Captain Nemo, and his dam

Shala Ben. His full sister, Sharona Ben and his half brother Bay Leif were both the high selling animals at the Canadian Nationals in 2004. Sharona Ben has gone on to produce champions such as PGA Hummer, PGA H2 and PGA Sawamara.

He has all the traits we look for in a breeding male-- density, fineness, colour, crimp, matchstick bundling, a soft handle and staple length (Really, our list could go on). He is maintaining these qualities well into his breeding years. At 9 years old, he is still impressing us with a micron of only 22.9, and a fleece that is still exceedingly soft and retains its character.

We just love his phenotype, which he passes onto his offspring. His cria are starting to hit the show ring, and are all doing their sire proud, winning ribbons and banners consistently. His 2011 son Tiger Loca Merdock, won Grand Champion Fawn at the 2012 Lloydminister Alpaca Showcase. We are very impressed with his 2015 cria, with his sons displaying just stunning fleeces already. Fineness, and longevity of fineness, is a trait that we are beginning to see in many of his cria as they mature into adults themselves. Heracles, his 2015 son, tested at 15 microns for 2016, while Apollo, at 4 years old is still only 16 microns. Merdock, at nearly 3 years was just over 21 microns. His daughters are sharing the fineness, many under 20 microns themselves.

We wish to thank Scott Sillito of Vida Loca Alpacas for allowing us to have the chance to realize our dream with this boy.