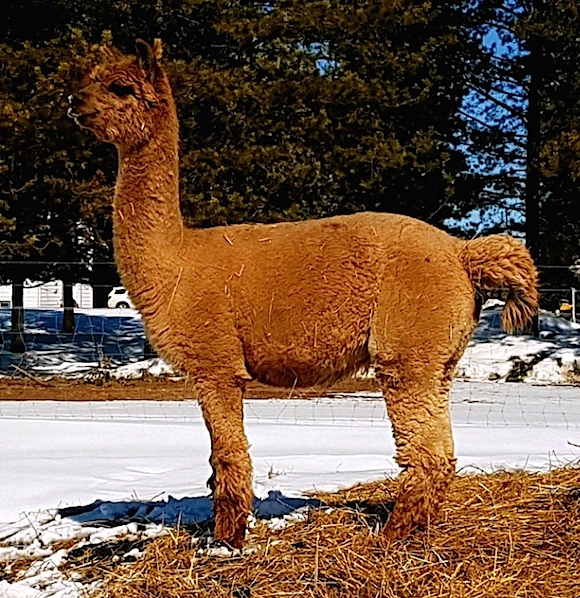 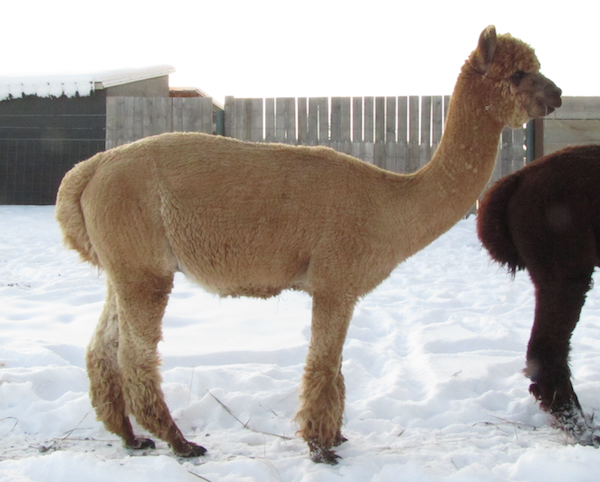 Baxter is a compact male with a beautiful headstyle, set on a solid frame. He has a soft, coffee coloured fleece that maintains it's lovely handle from skin to tip. He is a consistent male, with coverage from head to toe.

He has a medium amplitude, high frequency fleece. This guy has a fleece that remains low in its micron, holding onto it's fineness even as he approaches his 10th year. He is a consistent colour, with very little fading anywhere except for his apron and far underbelly.

Baxter is well built, with straight legs and a nice top line. He has a charismatic appearance, and tons of presence (everyone notices him first!). He has a nice head, with a deep, masculine muzzle and just enough coverage that his face isn't muffled, but it isn't bare either!

Baxter is a very friendly male, with en eye for the ladies. He is a dream on the lead and moves very gracefully, a testament to his beautiful conformation.

Baxter's lineage is another thing we just love about him. His background includes Peruvian Condor, who is a Caligula son, while on his dams side, you can find both Peruvian Augusto and Acero Marka's El Alto.

Thank you Kim for welcoming Baxter into your family!