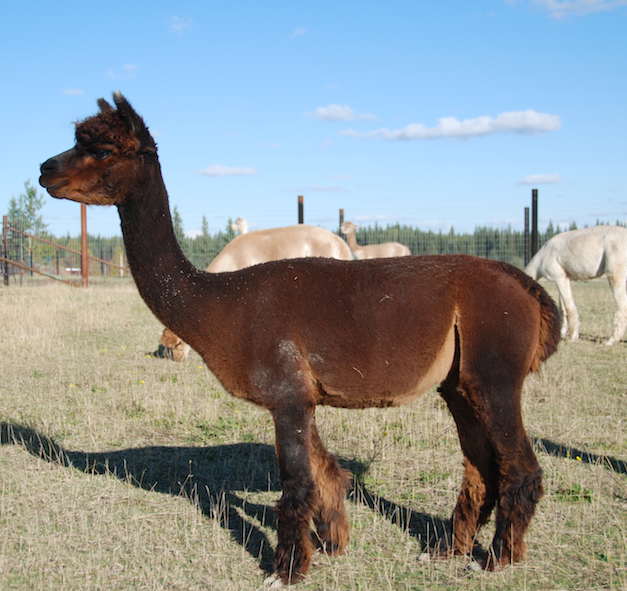 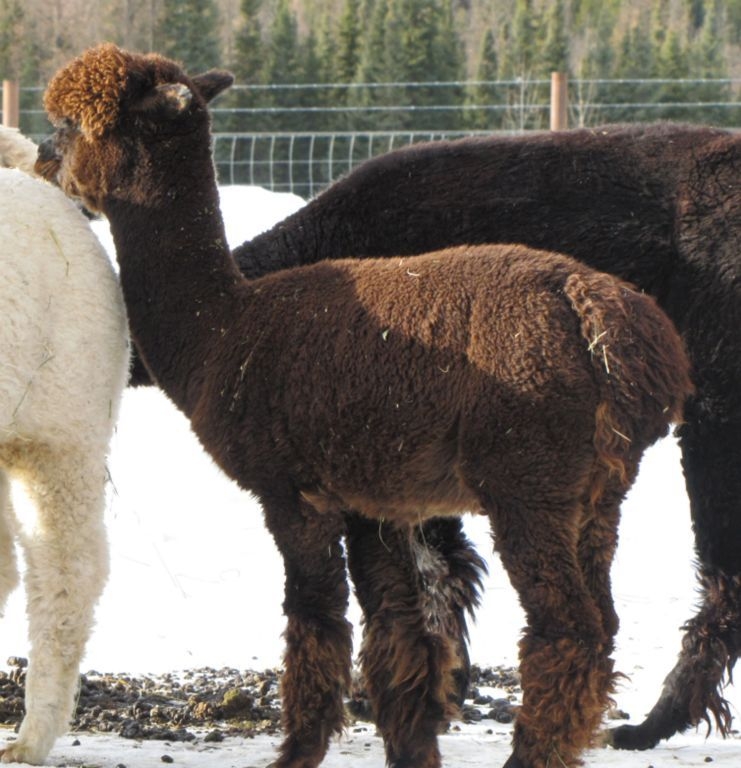 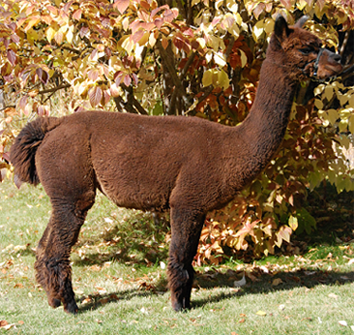 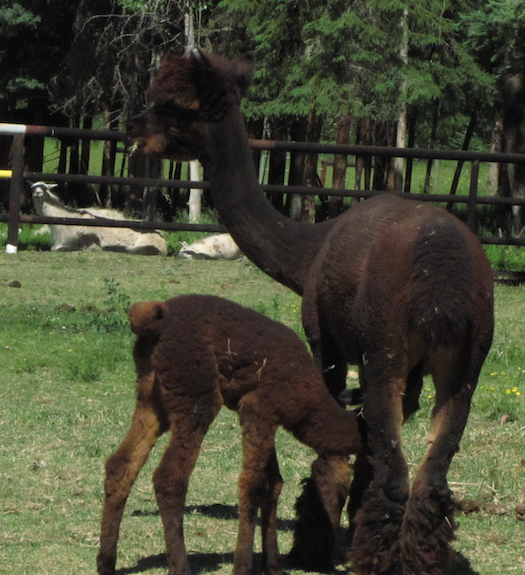 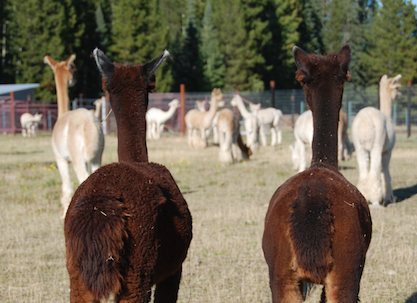 One of our foundation females, Athena consistently produces fine, coloured fleeces in both herself and her cria. She has an excellent temperament and mothering abilities, making her an asset to any breeding program.

Sturdily built, with a good bite and a beautiful head, Athena has a lovely phenotype. Her fleece has won over the hearts of more than one hand-spinner.

Her fleece is both bright and fine, with both a good degree of density and a medium amplitude and frequency crimp. Despite being a darker animal, Athena still has an overall handle that just begs to be stroked— even when she's dirty. Athena, much like her brother Prudence, displays longevity in her fleece traits. Despite being well into her breeding years, her fleece has only increased minimally in micron, and her cria are displaying a similar longevity in their fleeces too.

Thank you Kim for welcoming Athena into your family!